Using the Sycamore engine, Google has achieved Quantum Advantage - a quantum computer that can perform tasks that are far beyond classical computing. The "classic computer" in this test is not trivial, it's a supercomputer.

IBM accused Google of "slashing" on Quantum Advantage, using "tricks" to beautify scientific reports.
The first image captures quantum entanglement, what Einstein once called a "spooky effect"
New achievement of the scientists: Quantum shift of a photon particle carries information into the gap between the diamond 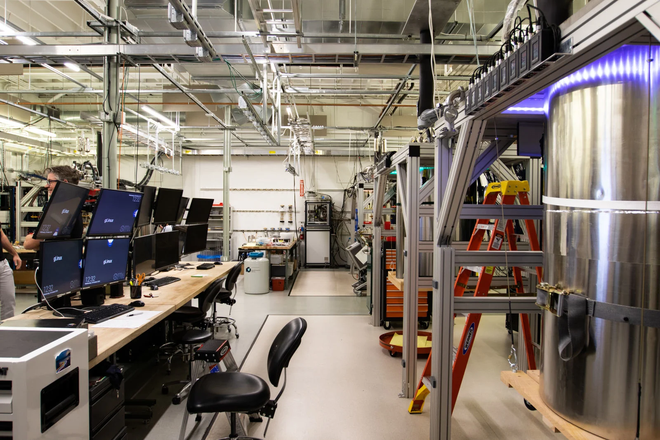 Between the coast and hills of Goleta, California, there is an office building right next to the highway. In this California technology cradle, the aforementioned office can belong to anyone; The inside and outside view doesn't make you guess any easier: the workers sit in the cells, all bathed in tube light, outside the door are bicycle racks and surfboards.

You have to go inside to ask the facts, you know the people sitting there are physicists, computer scientists developing a computer you've never seen in the world. Behind that door, there's a machine carrying a special chip, stored at temperatures as low as the cold of the Universe.

Here, Google's scientists take on an supposedly impossible task, creating a computer that can solve math problems that even the world's most powerful supercomputer has to give up. Yesterday, October 23, 2019, they declared themselves successful. 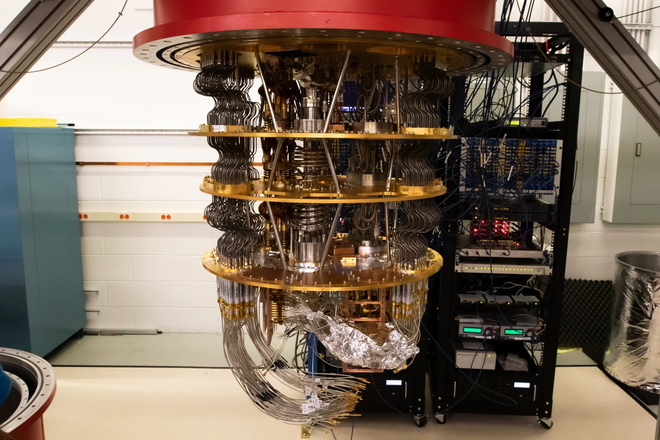 Google's Sycamore quantum computer can solve the difficult math problem in as little as 200 seconds, a problem so difficult that IBM Summit Supercomputer takes 10,000 years to solve. Their controversial scientific papers will soon be exposed, or become a landmark of computer technology; had scientists compared Sycamore to the Wright brothers' plane - although we already knew about the flying / computational power of quantum computers, it was the Wright / Google brothers then we witness it with our own eyes.

"One of the criticisms we received the most was that we created our own math problem to get this benchmark - and that [Sycamore] didn't do anything useful," said Hartmut Neven, director. The technology at Google, dressed in astronaut silver clothes, told reporters during a press conference to announce the results.

“That's why we want to compare this marker with the Sputnik satellite. Sputnik does not do much, its mission is just flying around the Earth. But that's the starting point of the Age of Space. ” 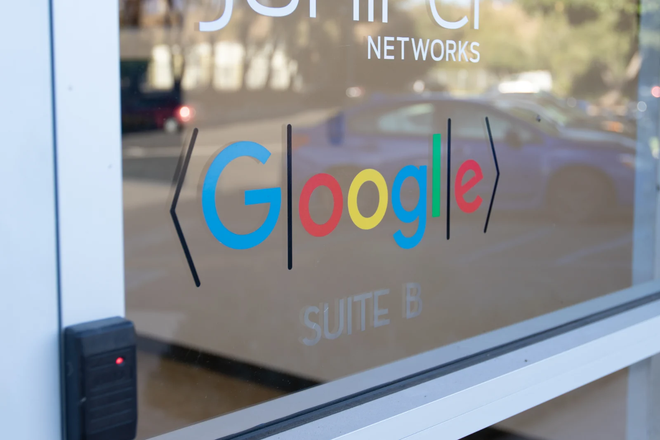 In classical computers, transistors describe data in the form of "0" and "1", quantum computers describe the data in a different way, a state called "qubit". Instead of using the logic of "yes" and "no", quantum chips interact with each other, transitions between "1", "0" and superposition, which exists at both 0 and 1 at the same time, a state based on the mechanism of action of quantum mechanics.

Each qubit is represented in physical form by a tiny superconducting wire, which is repeated in a ring to form a plus. The electric current not only runs through the wire without resistance, it also acts as a single electron. Each "plus sign" is connected to 4 other "plus signs", woven into a transcendent lattice.

The chip appears to be no different from its sibling devices, which resides in the bottom of the quantum computer - shaped like an upside down wedding cake; The chip is in a vacuum chamber. To keep it active and maintain a qubit, the chamber temperature must reach an extremely low level, about 15 millimeters of Kelvin, or -273,135 degrees Celsius.

Scientists at Google have designed the experiment to prove Quantum supremacy since 2016. The experiment will look like this:

Place random circuits by this quantum gate. Repeated measurements of an electrical circuit (thousands to millions of times), then a sequence of zeroes and zeroes will gradually produce results through an effect called quantum interference. 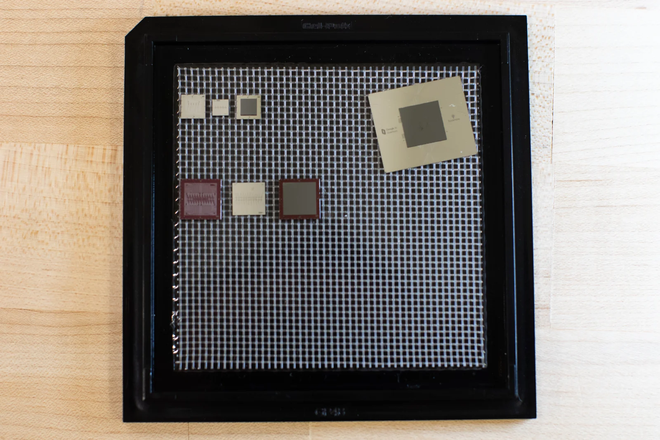 Scientists at Google are confident that when operating Sycamore's 53 qubits (out of a total of 54 qubits, due to a non-operating qubit), they will be able to surpass supercomputers. In order to confirm this result, they had to gradually reduce the complexity of the circuit, so that the supercomputer could test the results and successfully perform extrapolation.

With help from physicist Scott Aaronson from the University of Texas, Google found a way to apply this quantum supremacy test. It can produce random bits, but randomness is important in sublime fields such as encryption and mediocrity such as ... lottery. But are the numbers that appear to be truly random - or does anyone, have any machine that can guess these supposedly random numbers?

By testing just mentioned, Google can confirm that classical computers can not generate these random numbers.

Although itself a landmark in computer technology, Google's machine is still at fault. Any interaction with the outside world can cause qubits to produce false results. But the test shows that when adding qubits to the system, the number of errors will increase ... in a predictable manner. The way the wires are laid, more specifically the lattice wire made of superconducting wires, is the way to predict errors and correct errors.

"We have proven that we have control of these errors," says scientist at Google, Marissa Giustina. "That's the key technical point and the key factor in the physics of this breakthrough." 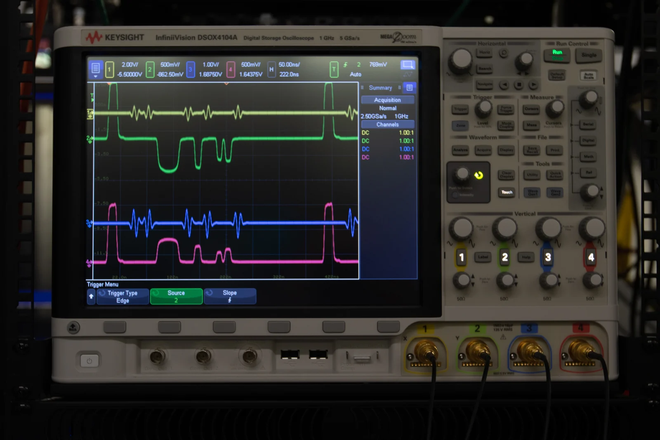 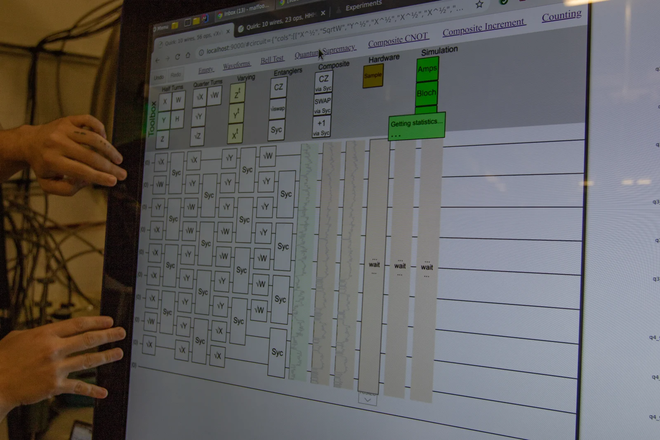 Many scientists have also criticized that classical computers can perform the Quantum supremacy test in a much shorter time, what classical computers need is an accurate algorithm, which has yet to appear. . IBM claims that its Summit supercomputer can perform the Google test given in 2.5 days, a gap that is too much (up to 1,460,000 times) compared to the 10,000 years that Google stated in the report. research.

Hartmut Neven replied: "Since we published the Quantum Meteor report, a series of classic computer improvement ideas have appeared, which seems to have turned into a benchmark test for classical computers." He further explained that researchers at NASA, Oak Ridge National Laboratory and elsewhere are working hard to improve the classical computer algorithm, giving Google's quantum computer a chance to confront new. .

In scientific terms, Google has proven the existence of a large and complex quantum system, far exceeding any system that existed before. In the field of computer research, humanity has just entered a new era, a new land with no human footprints: now there is evidence that quantum computers surpass classical computers.