The use of technology to save money has helped billionaire Elon Musk's SpaceX defeat the giant Boeing in space flight.

On October 4, 2016, at the seminar on technological progress "What's Next", Boeing CEO Dennis Muilenburg said: "I am sure the first person to set foot on Mars will travel by Boeing rocket."

In 2019, on a CNBC program, when asked whether Boeing could win SpaceX in Mars, Muilenberg went on to repeat the statement. Immediately, Elon Musk took to Twitter and responded with a short sentence: "Do it" (Let's do it). Boeing then accepted the challenge with the answer: "Game on" (The race begins).

A year later, the most important race in the race to Mars ended. The winner was Elon Musk when SpaceX became the first private company to bring humans into space. The event also marked after nearly a decade, the US can send astronauts to space without resorting to Russia. From here, SpaceX also officially joined a manned super space club with two previous members, Russia and China.

This is only a small step in the history of human space exploration, but the first chapter in a new era of commercial aerospace. Musk's SpaceX has proven to be more powerful than the tech giant, cost-effective and efficient. 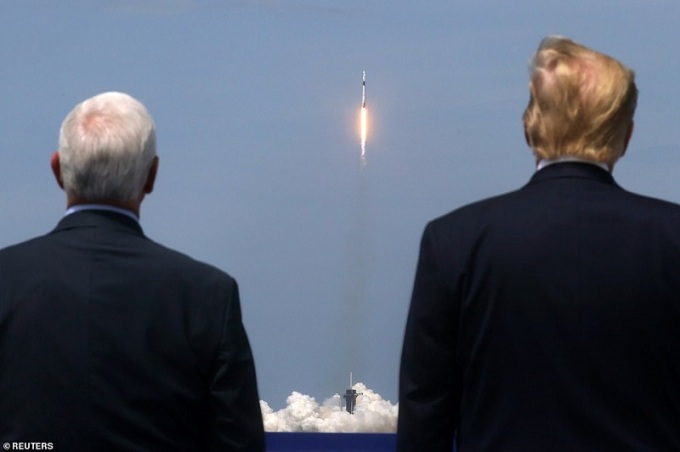 President Donald Trump and Vice President Mike Pence monitored the launch of the Falcon 9 rocket on May 31. Photo: Reuters.

Of course, SpaceX's success cannot be without the economic power supported by the US government. But if you look back on the start-up journey of the company, from the beginning, SpaceX has always lost its competitor Boeing in the capital contributions.

It started with the Bush administration's disapproval of the growing budget from NASA and the decision to liberalize the aerospace industry in 2004. Bush also proposed the "Commercial Crew Program". , take advantage of the initial government. " NASA will announce its space exploration needs, invest a portion of the money and then transfer technology and design to private companies.

In addition to the NASA investment, companies have to lobby themselves. To get the project, they will bid. The first companies included: Boeing, SpaceX, BlueOrigin and Sierra Nevada.

In September 2014, NASA chose Boeing and SpaceX to divide a total of US $ 6.8 billion in manned space project contracts, priced at US $ 4.3 billion and US $ 2.5 billion, respectively. Earlier, Boeing received a $ 4.8 billion contract from NASA and SpaceX received $ 3.14 billion.

This is controversial because not many people believe that SpaceX can beat Boeing. NASA was even testified by the US Congress on why the two companies were chosen for this task, while in a simpler way than handing over to Boeing. Musk then complained about the unevenly distributed money to the companies. He once mocked Boeing on Twitter, saying: "It took 10 years for Boeing to improve 10% of their aircraft and spend up to 20 billion USD."

The money NASA poured in was a fixed amount. This means that private companies must balance costs. This is difficult but also the advantage of a startup like SpaceX. If they operated like Boeing, they might have gone bankrupt long ago. Initially, to save costs, SpaceX purchased used parts for recycling core rockets.

By 2017, in a presentation about a completely reusable spacecraft, Musk said: "It used to be called Interplanetary Transport, but I would call it BFR. "The biggest difference of BFR is that the space tank for the universe is made up of carbon fiber with the ability to withstand high pressure. It was blown up to 100 meters high in the air before falling into the sea," Musk said. partially describe the experiment and emphasize new material to make the rocket lighter and more efficient.

Simulation of refueling process of SpaceX.

In addition, the BFR rocket possesses another utopian technology: space refueling. For years, SpaceX has tested this technology with the Dragon spacecraft and the International Space Station (ISS) on every supply shipment. The Dragon gives SpaceX the opportunity to research heat shields to protect BFR when it returns to the atmosphere. While Falcon 1 can only be used once, Falcon 9 can be reused 70%, BFR's rockets will be 100% reused. Large load, maximum reuse help significantly lower prices.

By applying a series of modern technologies, BFR not only serves the mission of conquering Mars but also can perform many other tasks, such as building a base on the moon, delivering supplies to ISS or, most simply, Get people moving around the world at super fast speeds.

In addition to sending satellites into orbit, Elon Musk described BFR as having the ability to wander in orbit to collect floating debris or expired satellites. The cost of these experiments will be very cheap, in contrast to the previous space missions of Russia, the US or China. To prove the power and safety of the missiles. Musk even blew up the $ 50 million Falcon 9 boosters for testing.

Musk proved his technological prowess by sending two American astronauts into space with a rocket created by SpaceX on May 31. The application of modern technology in non-traditional ways has brought incredible results, making SpaceX one of the most valuable startups in the world. 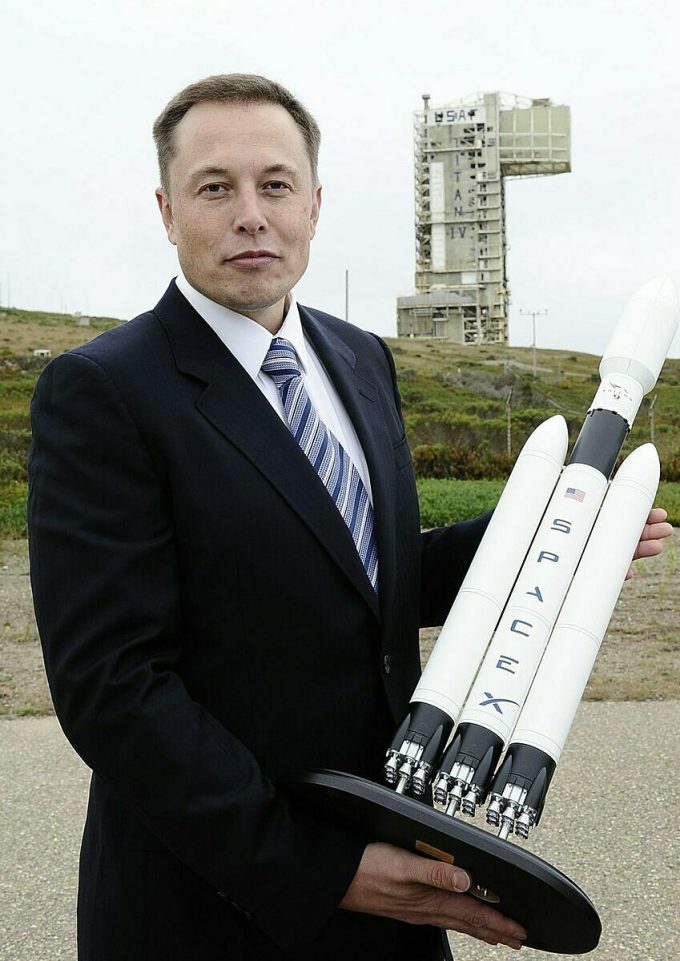 Meanwhile giant Boeing is not under economic pressure like SpaceX. They still maintain the rhythm of their work when implementing large government projects. Last year, Boeing's interplanetary passenger plane made a test drone flight. Due to a software problem, their plane was in the wrong orbit and could not reach the space station due to lack of fuel. If all goes well, Boeing hopes to send astronauts to the space station next year, at least one year after SpaceX.

In addition to commercial manned space projects, NASA was also disappointed with Boeing in other projects. Boeing is the main contractor of NASA's Space Launch System (SLS) project in 2010, but Boeing not only slows down the SLS research and development, but also delays deliveries many times. Delivery times have been delayed from 2017 to now while budgets continue to increase. When Boeing had a project, Musk publicly complained that NASA was unfair to him.

Boeing currently has difficulty both internally and externally. Last year, two 737 Max passenger plane crashes were causing major damage to the airline. This year's pandemic also heavily affected the global aviation industry. Boeing has to lay off many employees and seek government relief. Its market value has fallen by 60% to just over $ 80 billion.

SpaceX's success not only dealt a blow to the spirit of Boeing, but also directly affected their next aerospace business. In NASA's list of partners, SpaceX is now ahead of Boeing and is expected to lead in major contracts in the future.

SpaceX's biggest competitive advantage lies in adopting technology to save costs. According to NASA's statistics report, the price for each ticket to fly into SpaceX is 55 million USD, while Boeing is 90 million USD. NASA once paid Russia $ 86 million to send an astronaut into space. On average, Boeing's price is 60% higher than that of SpaceX.

SpaceX and Boeing are not just competing in commercial flights into space. In 2014, SpaceX also opposed the US Air Force, accusing the Pentagon missile project of bidding unfairly. Musk then won a military deal with the White House.

In an interview with the media, Musk said, giants like Boeing were too arrogant. In response, Boeing said: "Before Musk entered the field, Boeing partnered with NASA to build the space station. When others discussed dreams and hopes, we achieved achievements. in space and we will also be committed to helping America achieve its goal of reaching Mars. "

The current success does not mean that SpaceX has monopolized the commercial aerospace market. Rivals like Boeing and Blue Origin are also racing the technology and soon catch up in the future.