NVIDIA GeForce RTX 3090 Ti is expected to launch at the end of March, 16GB RTX 3070 Ti is postponed indefinitely

If nothing changes, the GeForce RTX 3090 Ti will be released as soon as March 2022, specifically on the 29th. This promises to become the top gaming graphics card model in NVIDIA's Ampere line in particular, and perhaps the whole market in general. The RTX 3090 Ti is expected to become a more perfect version of the current RTX 3090, which is also being appreciated.

In fact, NVIDIA originally planned to launch the RTX 3090 Ti as soon as December 2021, or January 2022 at the latest. However, some problems with the supply of the Ampere GA102 GPU and the PCB components prevented everything from going as intended. Based on previous reports, the NVIDIA GeForce RTX 3090 Ti will use the PG136C PCB, an updated version of the RTX 3090 Founders Edition design. Also according to the latest rumor, NVIDIA is still facing some issues related to faulty memory and they are being replaced. It's not clear what the specific reason is, but when released, the RTX 3090 Ti will have the fastest GDDR6X chip ever produced with transfer speeds of up to 21 Gbps. 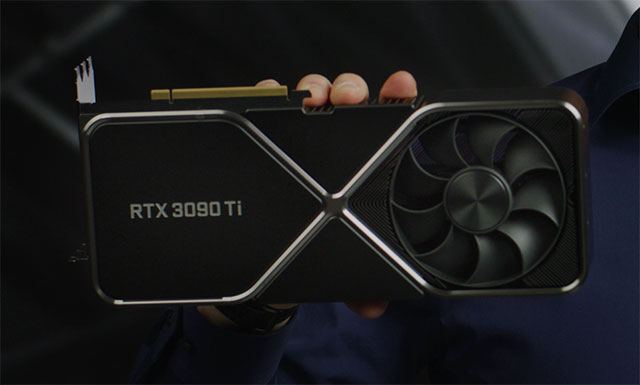 That coupled with compliance with the new PCIe Gen 5 standard means the GeForce RTX 3090 Ti will be a completely different beast than the regular RTX 3090. However, cramming in with so many new upgrades has resulted in massive delays, which even NVIDIA probably didn't anticipate.

After all, everything seems to have been settled. NVIDIA's new card model is likely to officially launch on March 29, which is before AMD refreshes the RDNA 2 Radeon RX 6000 product line with a brand new flagship called RX 6950 XT.

Besides the GeForce RTX 3090 Ti, there is another interesting piece of information, that is, NVIDIA seems to have decided to indefinitely postpone the launch plan of the GeForce RTX 3070 Ti 16GB version. The 16GB offer is indeed real based on the information that NVIDIA has announced over the past time. However, it seems that the company does not seem to see a great demand from the market for this product. Therefore, the launch of GeForce RTX 3070 Ti will continue to be postponed for NVIDIA to reassess the market.

Nvidia GeForce RTX cards have power saving problems even when FPS is locked
Intel Arc Alchemist 512EU benchmark leak: Not a bad start for a rookie
Exynos 2200 CPU is only 5% faster than Exynos 2100, Xclipse 920 RDNA GPU also disappoints
Nvidia T1000 graphics card is about to open for sale, what's at the price of 500 USD?